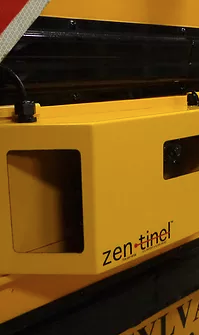 YARMOUTH – Not only are some motorists in Shelburne, Digby and Yarmouth counties still passing school buses that have their red lights activated, they are doing so in higher numbers.

Steve Stoddart, director of operations for Tri-County Regional School, says there was a 35.5 per cent increase in violations in the first four months of this school year, compared to the same timeframe from the year before.

“It is very alarming. It appears the message is not getting through,” says Stoddart.

The Tri-County board has been very vocal in drawing attention to red light violations. It has installed cameras on some buses hoping this may help to identify drivers and secure convictions in court.

Last fall Meadowfields Community School in Yarmouth was the site of a School Bus Safety Week launch. Students from that school had won a video contest aimed at driving home the message the motorists. Their winning entry came with a catchy phrase, “When the lights are flashing, don’t be passing.”

The RCMP also view the issue as serious. An analysis was done to compile and plot all of the incidents of reported violations from the previous year. The result of this analysis was shared with all of the commanders in the tri-county district, says RCMP Constable Mark Skinner. He says the detachments have used this information in various ways.

“For instance Shelburne and Barrington conducted a PR campaign. They sent home leaflets from the school board.

They were sent to local schools and sent home with the students,” Cst. Skinner says.

“In Digby this is the second year in a row that they’re doing Operation Think of Me, where they get students to draw pictures of road safety. They hand them out at check points,” he says.

RCMP Traffic Services did targeted enforcement at the start of the school year.

If the safety message isn’t enough to get all motorists to stop for red lights, it is hoped convictions and fines will be a deterrent. Still, there is a long way to go. In 2015 the number of tickets issued was not significant, Cst. Skinner says, noting there were only eight in the Tri-County area: six in Shelburne County, and one each in Yarmouth and Digby counties. There were also warnings issued.

Unfortunately it is not only the motoring public that education has to be is aimed at. Parents, schools and bus drivers also need to remind students to be alert when crossing the roads since something they have been taught is safe isn’t always safe.