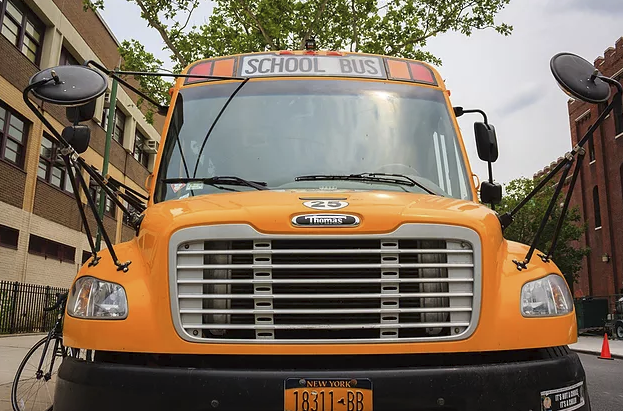 The New York Association for Pupil Transportation is working with a group of school districts each month to count the number of times motorists illegally pass school buses.

The first of the new SafeStop surveys coincides with School Bus Safety Week. Coincidentally, NYAPT Executive Director Peter Manella said a student in Buffalo was hit by an illegal passer Wednesday morning as the count was underway statewide. The child was crossing the street to the waiting bus, which had its front and rear stops arms out and red lights flashing. He added that the boy is "OK" with minor injuries.

Section 1174 of the state vehicle and traffic law state that all motorists must stop for a school bus with its stop arms extended and red lights flashing as it picks ups or drops off students. Motorists who fail to stop are subject to fines and five points on their driver’s licenses.

Meanwhile, Manella added that NYAPT has engaged school bus drivers in a sample group of school districts across the state to perform the count on or around each Wednesday of the month. He added that the type of districts range from small to large and include urban, suburban and rural settings. The goal is to "bombard" the media and state legislators on the need for a new law that would allow school districts to install stop-arm video cameras to record illegal passers and to ease their prosecution.

"The schools volunteered and the drivers want to be involved," he explained. "If we have the same ones every month, we have consistency."

Monthly SafeStop results will include overall numbers of illegal passes, as well as the relatively few yet extremely dangerous instances of “right-side” passes, where a motorist illegally passes the bus on the passenger side.

NYAPT already sponsors Operation Safe Stop Day to educate the public on the dangers of illegally passing school buses and further efforts to pass a state law that allows school districts to install stop-arm video cameras to catch violators in the act, which is scheduled for April 21 next year.

New York has 26,000 school buses that operate each school day. Earlier this year, Mannella reported that 2,599 school bus drivers participated in Operation Safe Stop Day and recorded 2,922 incidents of motorists illegally passing. More than 96 percent of the incidents occurred on the left or driver side of the bus.

NYAPT estimates that there are more than 50,000 incidents of motorists illegally passing school buses each day.

The figures were also shared by the National Association of State Directors of Pupil Transportation Services in its 2015 National Stop Arm Violation Count.

Mannella also reminded of the certification requirements placed on bus drivers, namely the testing, training and retraining necessary to obtain and keep a federally issued Commercial Driver’s License, as well as the medical physicals, criminal background checks, drug and alcohol testing and physical performance tests they must pass.