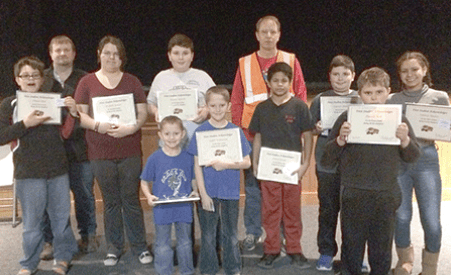 LISBON – Several Lisbon students were honored for their “outstanding cooperation” during a Dec. 22 school bus fire.

The students were given awards from First Student Inc., the company that owned the bus, for their outstanding cooperationThe bus was destroyed in the fire. in a bus emergency.

No injuries occurred during the incident, thanks to quick action from the bus driver, according to a statement from the company.

The bus was completely destroyed following a fire that stemmed from what the company says was an electrical issue.